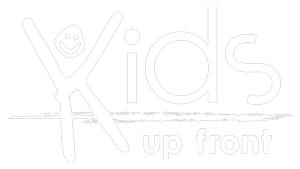 Three families were welcomed to Mr. Eugene Melnyk’s Suite, Owner of the Ottawa Senators Hockey Team, at the January 6th game against the Carolina Hurricanes. Generously hosted by Danielle Robinson and the Ottawa Senators Foundation, the suite was a true VIP experience for these new Canadians, who recently arrived in Ottawa from Egypt, Burundi and Syria.

“I’m really getting into hockey, and it’s my first time in an awesome suite. I’m SO excited,” said one of the youngest guests. It was an exciting game indeed, as Kids Up Front Ottawa was presented with the single largest donation to-date by the Foundation. Our special guests were animated while cheering and celebrating with our Executive Director, Evan Patterson, and were all featured on the jumbotron during the game.

“The entire Senators Hockey Club has been behind our program from the very beginning. Their support as Founding Partners means so much to our charity,” explained Mr. Patterson. The $80,000 pledge from the Sens Foundation will help Kids Up Front continue to expand program operations and increase services for our 75 Partnering Agencies over the next two seasons.

Danielle Robinson, President and CEO of the Ottawa Senators Foundation, was there to present the cheque, pledging their support. “There’s just a lot of children and youth, unfortunately, within our community who would never have an opportunity to attend a world class event like an Ottawa Senators hockey game. It’s really important to our owner, Mr. Melnyk, and our hockey club, to be able to give back to our community. This is just one of the ways we’re able to do it.” Kids Up Front is honoured and privileged to be a part of such a generous organization, and we look forward to continuing to make sure thousands of awesome kids in Ottawa make their way to the Canadian Tire Centre this season and beyond.